Energy Savings through Power Transformers – beyond the ‘low hanging fruit’

Often, when the topic of energy efficiency emerges, people usually think about what’s occurring inside a premises, as a way to save energy. Aspects such as LED lighting, insulation and building management systems are always at the fore. However, what very few realise is that a lot of energy waste occurs before it even enters a building.

Where does energy wastage occur?

The main offender of such energy losses, or wastage, is your supply transformer. In fact the EU estimates that nearly three percent of all electricity generated in the EU in 2008 was wasted through transformer losses. To put that into perspective, across the EU27 (2008), losses amounted to 93.4 TWh, and if you base that on 2012 consumption figures, that’s enough energy to power Denmark for three years!

Why are transformers ignored as an energy saving solution?

Despite these facts, transformers are all too often ignored and completely overlooked as an energy saving solution. This is more than likely because they are out of sight, and therefore out of mind. What’s more, if you do know where one exists, it’ll be surrounded by fierce metal fencing and signage alluding to danger and death.

Beyond such warning signs there are energy saving opportunities, however. To fully appreciate how we can save energy from transformers, firstly, it’s important to understand the way they operate.

How do transformers work? 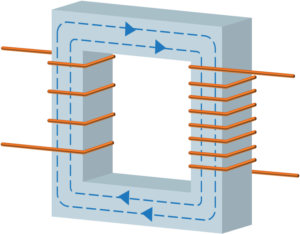 A transformer works on the principle of electromagnetic induction. So, if an alternating flux produced by an alternating current in one coil links with a secondary coil, then an electro-motive force (e.m.f.) is induced in the second coil, the magnitude of which is given by Faraday’s Law of Electromagnetic Induction

What are the types of losses in a transformer?

There are two types of losses in a transformer: no load losses and load losses.

How can we prevent energy waste in transformers? 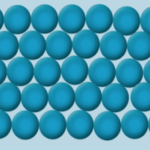 The solution we’re pioneering is Amorphous Core Technology. It is prepared by cooling molten alloy steel so fast that crystals do not form.

In basic terms, amorphous core material is far more easily magnetised than standard core steel, due to its random molecular structure. This means less friction is created during that  magnetisation process, and therefore less heat it produced, resulting in lower hysteresis losses. 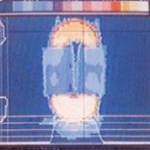 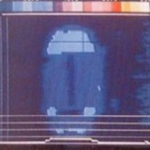 In addition, the resistivity of core material is proportional to the square of the thickness of its laminations. Due to the lower thickness of the amorphous laminations (approximately 1/10th of conventional CRGO core), eddy current losses are also reduced. This is illustrated in the infrared imagery shown, were the crgo core shows far greater heat (orange colour) than the amorphous product.

Switching to super low-loss amorphous transformers can immediately impact upon your energy efficiency, especially as the units we’ve developed are already ahead of the game.

Why are amorphous transformers considered to be better?

The EU Eco Design Directive for transformers was introduced to bring in tougher design specifications for transformer losses. The directive aims to prevent the installation of the worst performing transformer models across the UK and Europe, and applies to transformers’ placed in the market, or put into service, anywhere within the EU.

In essence, what the directive required in 2015 (Tier 1 ) was that combined losses needed to be reduced by nearly 20%, when compared with a standard loss unit. This was a huge shift in the market for all manufacturers. 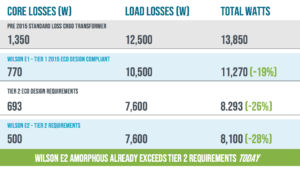 As you can see, the Wilson e2 not just meets the 2021 (Tier 2) loss requirements but already exceeds them, with reduced overall combined losses of 28% (when compared with a modern Tier 1 compliant model), making the Wilson e2 the most energy efficient transformer product in the UK.

In monetary terms, considering a load factor of 70 percent, and paying eleven pence per kilowatt an hour, your establishment would be saving over £1,600 pounds worth of electricity every year, when running a super low loss amorphous transformer.

In addition you would reduce associated CO2 emissions by nearly 8t per annum – that’s the equivalent of avoiding 66,666 kilometres driven in an average modern car (according to emits 120.1g /km).

Ultimately, updating, or replacing, your current supply transformer with a more efficient amorphous transformer will allow you to become more sustainable over time, saving you both energy and money.

How much energy is wasted through old transformers?

We made a freedom of information request from Ofgem, to find out how old the transformers on the UK’s networks actually are. Surprisingly, we learnt that the average age of a ground mounted distribution transformer in the UK is 64.

Whilst continuing to keep your old transformer running, you are wasting energy. For example, if you are operating a 1MVA unit that is from the 1970s, chances are that the transformer is wasting over £3650 on transformer losses each year. However, depending on the age of your unit, these losses and costs could be much higher still.

Fast-tracking a replacement transformer would not only be an easy way to reduce your site’s operating costs but it would make perfect commercial sense too. To uncover more evidence on the energy savings associated to updating or replacing your old transformer, visit our case study page on our website.

Download IETF Digest Download SIETF Digest The Industrial Energy Transformation Fund (IETF) was designed by the UK government to encourage energy intensive businesses to cut their carbon emissions and reduce their energy waste through switching to energy efficient low-carbon technologies. A budget of £315 million was allocated by the government to be spent through the […] 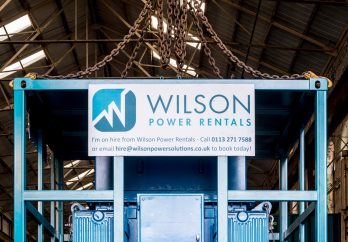 As part of a 170 MVA hire fleet, Wilson Power offers a range of transformers coupled with switchgear in containerised solutions to customers in need of a temporary solution to supplement their equipment or to deal with an emergency. The six transformer substations come in two ONAN Ratings, 6300KVA (oil-filled and cast resin) and 3150KVA […]