The beginning of 2018 has seen a real shift, both in the UK and internationally, in the sustainable energy market, with lots of big businesses and industries striving to make a positive impact. This is largely down to public and political pressures, renewable trends, newer technologies and scientific advancements, yet one thing is for sure – the future’s bright, the future’s green.

Big businesses are making the change

First and foremost, it’s not just the big businesses who are making necessary changes to better our planet; the little guys are evolving too. In fact, smaller businesses are probably more inclined to look for alternative energy and money saving avenues, in order to survive, whereas, the bigger companies have often rested on their laurels, so it’s refreshing to see a switch.

IKEA state that they want to become ‘energy independent’ and will make the switch to ‘renewable energy’ to do so. They already produce 53% of their energy from over 300 wind turbines and some 700,000 solar panels, across its stores and distribution centres. Clearly, IKEA are well on the way to achieve their dream of becoming a net exporter of renewable energy by 2020.

The world’s most popular toy giants, Lego are also getting in on the act by introducing it’s first-ever brick pieces made from plant-based plastic, sourced from sugar cane. Escaping oil based plastics, the Danish company have invested almost £200 million into a dedicated sustainable materials centre, to research alternatives to its current products. We knew Lego would stand the test of time as a toy, and not because it’s a plastic which will never decompose.

Asda owner’s, Walmart, have committed to a 50% renewable power target by 2025. ASDA have already being putting together an energy strategy and deploying it across a range of its UK stores and factories to great success. As the largest retailer in the world, and one of the largest supermarkets in Britain, the operational impact on our planet is huge. That’s why it’s great to see they’ve set such targets such as to be supplied with 100% renewable
energy and to sell product which sustain people and the environment.

Major industries are conforming to change. As we’ve seen from above, large establishments are showing their hand and compelling others within their industry to make a move, before it’s too late.

Collectively, there are many success stories surrounding the world of sport and sustainability, from unheralded Dutch football outfit, ADO Den Haag, who have made their stadium completely self-sufficient through battery storage and solar power, to FIFA World Cup hosts, Russia, and their Luzhniki Stadium in Moscow being awarded an international certificate for sustainable buildings. Even more impressively, the NFL extended its green legacy into Super Bowl LII, sending out a zero-waste message to the rest of the world. 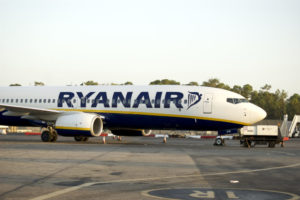 High flyers Ryanair are renowned for being budget focused, but there’s nothing budget about their green promise. The airline company has pledged to eliminate all non-recyclable plastics from their whole operation in just 5 years.

Technology giants Google plan to use its powers to build a smart neighbourhood in Toronto. The benefits of which would see a “truly complete community” through sensors which monitor noise, traffic and pollution, in order to improve the city’s design and reduce its carbon footprint.

Belgian waste management company envisage ‘enhanced landfill mining’ as a way of generating renewable energy. Using new ideas and technologies to “gassify” the landfill and use the leftover materials as a building material named “plasmarock”. Forward thinking such as this could be costly to begin with, but with some 500,000 operational and inactive landfills, the end results could be remarkable.

Meanwhile, watch how these monster machines made by Pellenc are making farming much more efficient, with the continuous innovation and integration of environmental requirements. 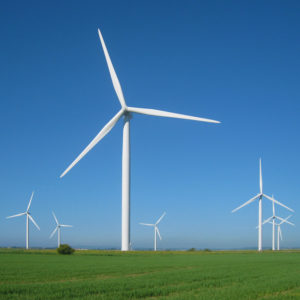 All signals are pointing to an uptake of alternative fuel sources. For example, several European countries have already committed to end coal electricity generation by 2030. This shift away from fossil fuels is seeing a spike in diversifying towards renewable energy technologies. Ultimately, businesses have to accept divestment and make the most of new opportunities in the renewables sector.

Whilst there are many renewable avenues to explore, here in the UK, offshore wind is proving popular. Currently, offshore wind counts for about 5% of the UK’s annual electricity requirements. However, the amount of proposed projects for offshore wind will see this figure double ithin the next few years. In fact, on 17th March 2018, Britain reached a new wind power output when The National Grid confirmed that wind power accounted for 34.2% of all energy generated in Britain. Add to that the current campaign to repower onshore wind farms amidst claims that the UK could benefit from enough extra energy to power 800,000, and it’s understandable as to why this avenue is propelling its way to the top of the renewables sector in the UK.

It’s clear that businesses and industries are accommodating more and more sustainable and renewable ideas and methods. Wilson Power Solutions are perfectly poised to support businesses in all kinds of industries, especially retail giants such as IKEA and ASDA, in their endeavours to reduce their carbon footprint. Businesses can benefit through our innovation in distribution transformers which can save your company both energy and money.

The Wilson e2 transformer is a unique product combining amorphous core material with low current density conductors to provide lowest combined transformer losses. Based on an average 25-year transformer lifespan, a 1000kVA Wilson e2 transformer can achieve up to £100,000 worth of energy costs savings through loss savings if replacing an old, inefficient transformer and typically saves £50,000 when compared with a modern, tier 1 eco design compliant unit (Wilson e1).

The Wilson e2 transformer is manufactured to provide a lower nominal voltage of 415V (11kV/415) and designed to deliver a lower output voltage than standard rated 11kV/433 units. In addition the Wilson e2 comes with an extended tapping range at no extra cost allowing you to further adjust output voltage when needed. What savings can be achieved does depend on your load, our customers typically achieve 3-8%% reduction of their electricity consumption.
The Wilson e2 super low loss amorphous transformer can be supplied for ratings from 315 kVA to 3000 kVA.

Wilson Power Solutions are committed to product innovation, engineering excellence and a strong sense of social and environmental responsibility. In turn, this has made us a valued and trusted power solutions partner for some of the UK’s biggest companies. 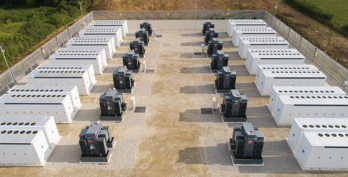