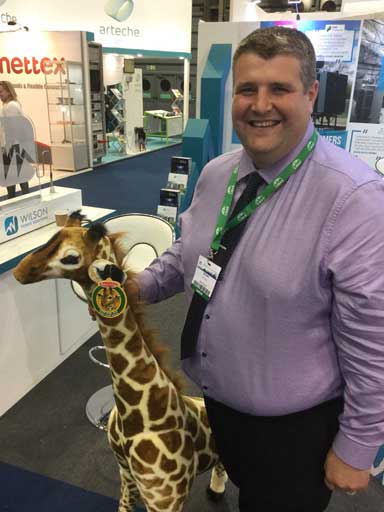 We recently got back from our trip up to Scotland after attending the CIRED 2017 conference in Glasgow, one of the world’s largest and most international energy events. We had an incredible time, meeting people from all over the globe, including not only our friends in Europe and America, but extending out to the other side of the planet, with people from Australia and Japan. It was wonderful to see such a strong showing from the international community, and we learned a great deal from the seminars that were hosted.

At our own stand we ran our buzzwire game throughout the show, looking for people with a steady hand and nerves of steel to see who could beat the buzzer in the fastest time. Our search lead to a lot of delegates seeking to prove their worth and conquer the wire (mostly in the hopes of winning a Wilson’s Teddy or putting in a competitive time for our giant plush giraffe Gertie). However, after 4 days only one person emerged victorious.

Will Hardin of Electrical Oil Services (part of HCS Group) took a few attempts to get there, but by the end of the CIRED conference he had managed to complete the buzzwire in a world record breaking 20.75 seconds. This was not only the fastest time at CIRED, but the fastest time anyone has ever managed to achieve on our game, making Will the top of our all-time leaderboard. His record obliterates the former title holder Sarah Joliffe, who formerly held the top spot with 34.9 seconds.

Right now we’re gearing up to head to the ADBA Conference at the Birmingham NEC on July 5th– 6th where another Gertie can be won (thankfully it’s whoever is quickest within ADBA, as 20.75 seconds might well be a record for a long while yet.) If you’re interested you can learn more about ADBA here and keep an eye on our blog for more details to come. 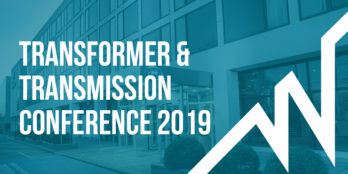 The year ahead will see both a surge in the demand for electricity as well as an increased focus on renewable energy solutions. Considering that, coupled with the fact that the global transformers market is set to grow to dizzy new heights, next month’s attendance at the Transformer & Transmissions Conference in London provides […] 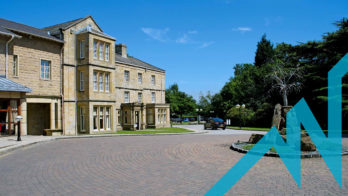 So far, 2019 has seen us continue to deliver our successful CPD seminars up and down the country. Luckily, today, we are on home turf as we host a session at the impressive Weetwood Hall in Leeds. What’s on the agenda? Our CPD seminars are always tailored towards our guests, providing them with up-to-date […]

In our evolving energy infrastructure there is a constant need to ensure that your equipment is efficient and resilient. With a grid that is heading towards non linearity and renewable energy providing clean but unpredictable power surges, it is essential that the products we make and use are able to cope with this period of […]